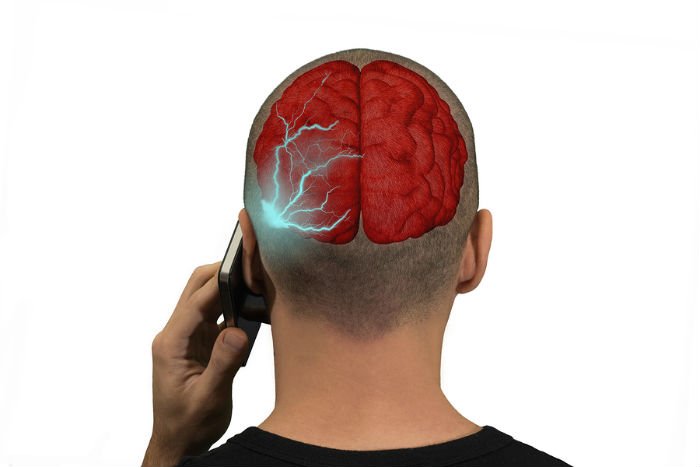 My thoughts on Mobiles..

We won’t leave the house without it. We panic when we can’t find it. We scurry to recharge it when the battery is low. We feel empty without it in our hands or nearby. We are constantly checking it. We are more attached to it than we realize. Our mobile phones are becoming an extension of our bodies. Literally. They could be giving us cancer-inducing radiation.

Electromagnetic Radiation From Your Cell Phone

There are two types of electromagnetic radiation:

Mobile phones transmit a form of non-ionizing radiation from their antennas. This transmittance is how wireless calls and WiFi connections occur. Body tissues close to it absorb this energy.

The radiation is increased during active phone calls, but the exposure continues long afterward. A study was published in 2009 that measured the pelvic bone density in 150 men, all of whom wore their phones attached to their belt for 15 hours a day for about six years. The scientists found the bone mineral density was decreased on the side of the pelvis where the mobile was carried.

In one case, a woman with no predisposition for cancer became afflicted with multi-focal breast cancer. Her cancer specialists connected the dots, and the pattern and distribution of the cancerous cells outlined the shape of her cell phone. This seemed peculiar enough; then the woman explained that she is continuously tucking her phone into her bra.

A group of international scientists has appealed to the United Nations, citing concerning research findings, asking for extra initiatives to protect against EMF, electromagnetic field exposure.

The FCC created guidelines to measure the radiation in tissue by using the Specific Absorption Rate (SAR). The SAR set a maximum for legal mobile phone radiation at 1.6 watts of energy absorbed per kilogram of body mass. This test uses the thermal effects of phone radiation.

The limit is 1.6, but some phones have come pretty close.

Protecting Yourself From Radiation

First of all, check to see if your mobile is particularly harmful and if you have one – change it.
Because, every time you come into contact with it, you will receive a higher amount of radiation than the other brands.
Keep children safe. Children are more susceptible to radiation, and this can cause behavior difficulties, emotional problems, social issues, and hyperactivity.

Reduce your usage. Turn off your phone when you are not using it; don’t just flick it to the sleep mode where it is still sending off carcinogenic energies.

Only make phone calls with good reception. The weaker the connection is, the more power your phone is using, thus the dangerous waves can penetrate your body even more deeply.
Don’t carry your phone on your body. Avoid putting it in your pocket, belt clip, or your bra!
The fewer layers between you and your phone, the more radiation is being shot into your body.
Keep your phone six inches from your body when it is in use. This perimeter is the most dangerous zone from radiation.
Use a shielded headset or speakers.

We’ve gone too far to be capable of giving up mobile phones entirely. Yet using them wisely can still spare us from unnecessary radiation. If you would incorporate healthier foods or habits into your life to protect yourself and your family from cancer, then putting boundaries on mobile phone usage falls under the same category.